Discover Trentino and its beauties by taking advantage of the many possibilities to play sports.

Pedaling along the cycle paths, the Ponale road or a simple ride along the lake. Are you a walking lover? You have many possibilities, a walk along the lake, from Riva del Garda towards the Bastion and then continue towards the Santa Barbara Church, but Busate (Torbole) can also be a good choice.

City bike, mountain bike and e-bike rental in the center of Riva del Garda For more information and booking of your choice of Bike, E-bike, click on the following link: Energia Bike

THE PONALE
it is the best known and most popular path in Garda Trentino, very suitable for cyclists: easy and at the same time spectacular for its development overlooking the lake, unmissable. The Ponale path connects Riva del Garda to the Ledro valley. The road, dug into the rock in the second half of the 1800s, was abandoned about twenty years ago, after the construction of the tunnel. Since 2004 it has been transformed into a path, where bicycles are also allowed to pass. Due to its environmental and historical characteristics it is one of the most beautiful and well-known European trails.

CYCLE PATHS
We recommend the cycle path that pleasantly runs along the Sarca river from Arco to Lido di Arco and the cycle path along the lakefront between Riva and Torbole. Along the routes there are benches, refreshment points, restaurants and toilets accessible to the disabled.

Are you a walking enthusiast? Backpack on your shoulder and suitable boots and off to the trails of Trentino. Hundreds of kilometers to travel on the many paths with a beautiful landscape to admire and experience together with friends and even families with children. For a less demanding walk you can continue towards lower altitudes stopping at the beautiful refuges which are an excellent destination.

BASTIONE
The gray stone Bastion, located on the slopes of Mount Rocchetta, is one of the symbols of Riva del Garda, dominating the city and the lake. Built at the beginning of the 16th century, when the Venetian domination of Riva had just ended, to ensure greater security for the village below and its inhabitants, it was destroyed in 1703 by French troops led by General Vendome who undermined the central body making the unusable fort. It can be reached without difficulty with a road that climbs through the vegetation up to about two hundred meters above sea level. A more impervious path then leads to the church of Santa Barbara (610 m) and to the highest peaks of the Rocchetta (1520 m).

SANTA BARBARA CHURCH
Church of S. Barbara (625 m - 1.45 h from Riva del Garda). Built in 1927 by the miners who worked on the pipes of the Ponale power plant, in a horrid, reckless (panoramic) position on the rocks of Monte Rocchetta, where the penstocks of the Ponale power plant begin. It starts from via Monte Oro in Riva del Garda and begins the climb reaching the Bastione. From here continue on a dirt path. The stretch that from the Bastion will lead you to the church of Santa Barbara (about an hour or so).

BUSATE AND TEMPESTA PANORAMIC TRAIL
The easy panoramic path from Busatte to Tempesta follows the east coast of Garda Trentino from north to south. From the parking lot we walk to the Busatte Adventure Park, where the panoramic trail begins. It follows, with very little difference in height, the slopes of Monte Baldo, about 120 m above the water level (200 m.a.s.l.). Several explanatory signs inform about the flora and fauna and the panorama we see from the other side of the Benacco. The view is wonderful: Riva, Torbole, sailboats and windsurfers, the mountains... 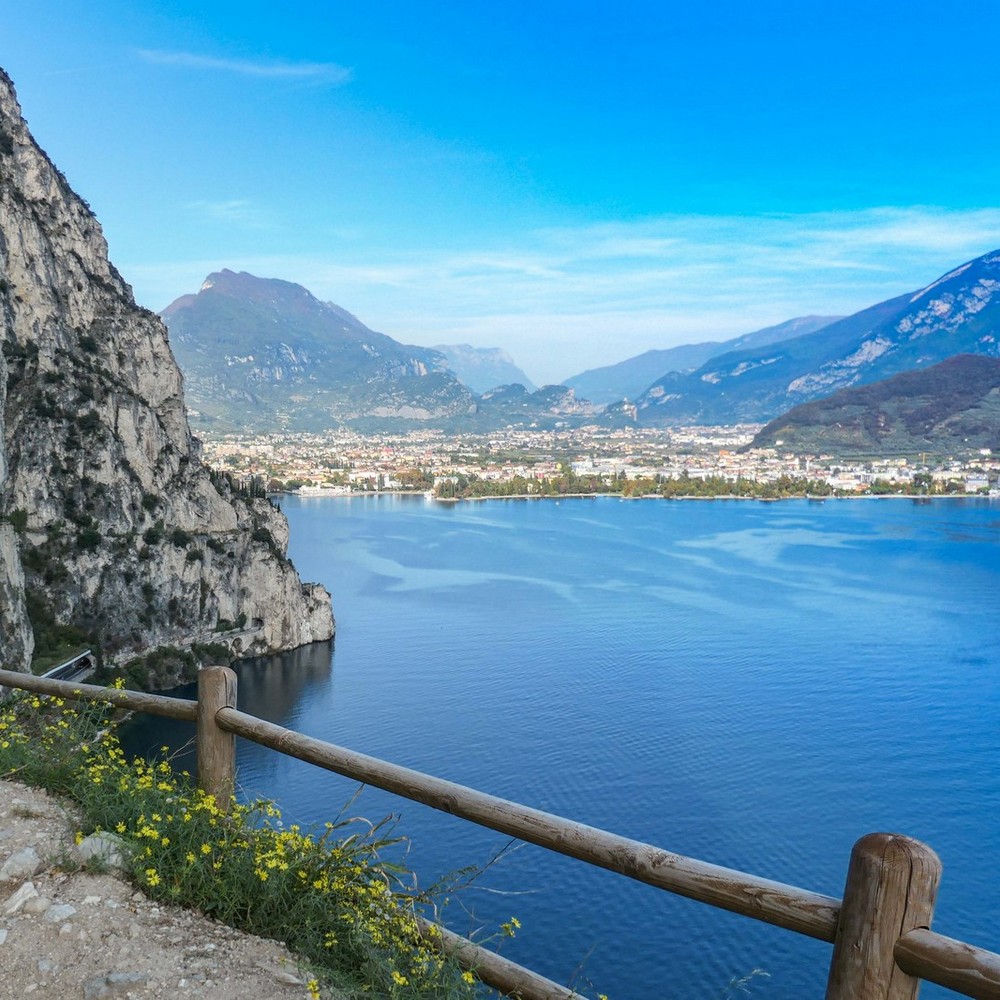 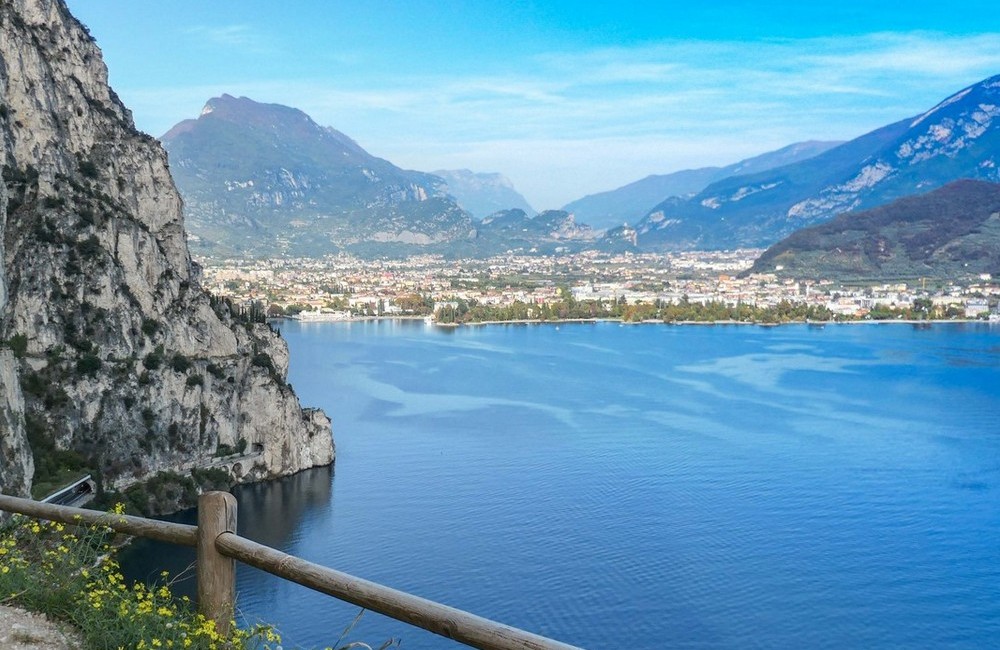 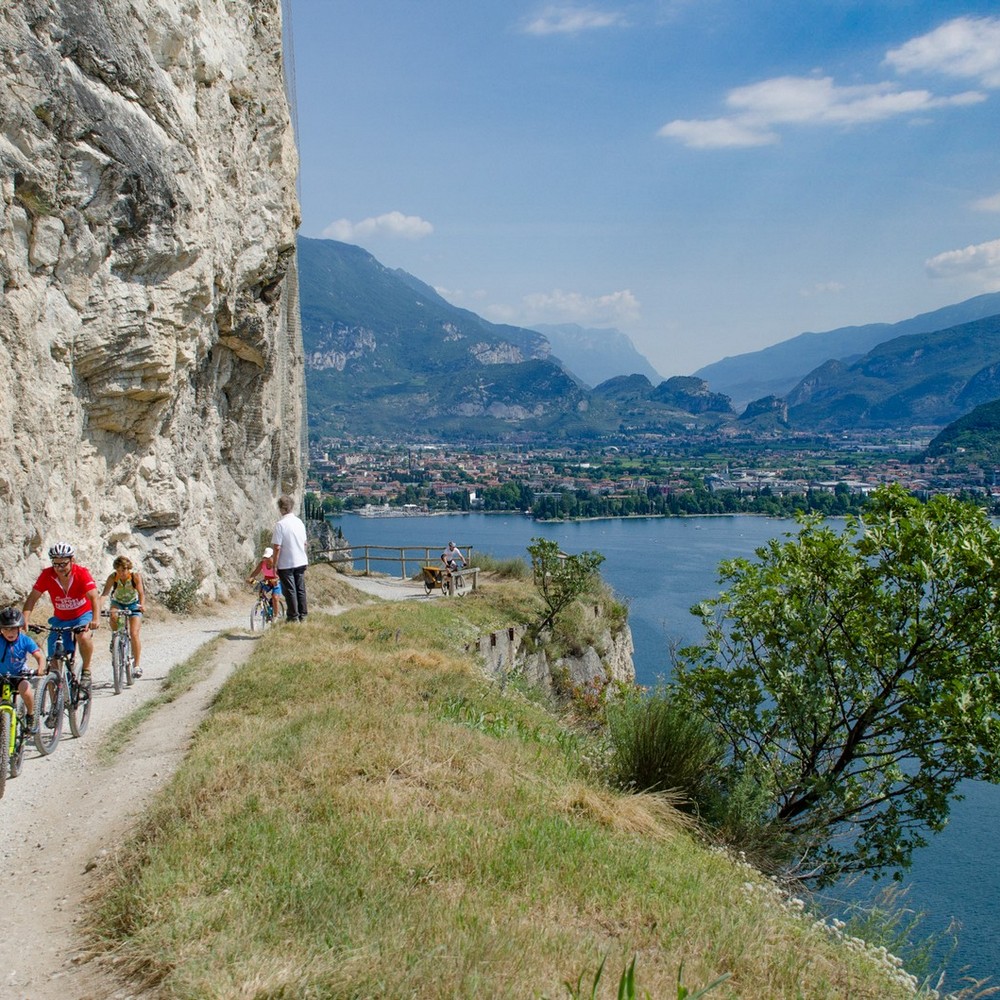 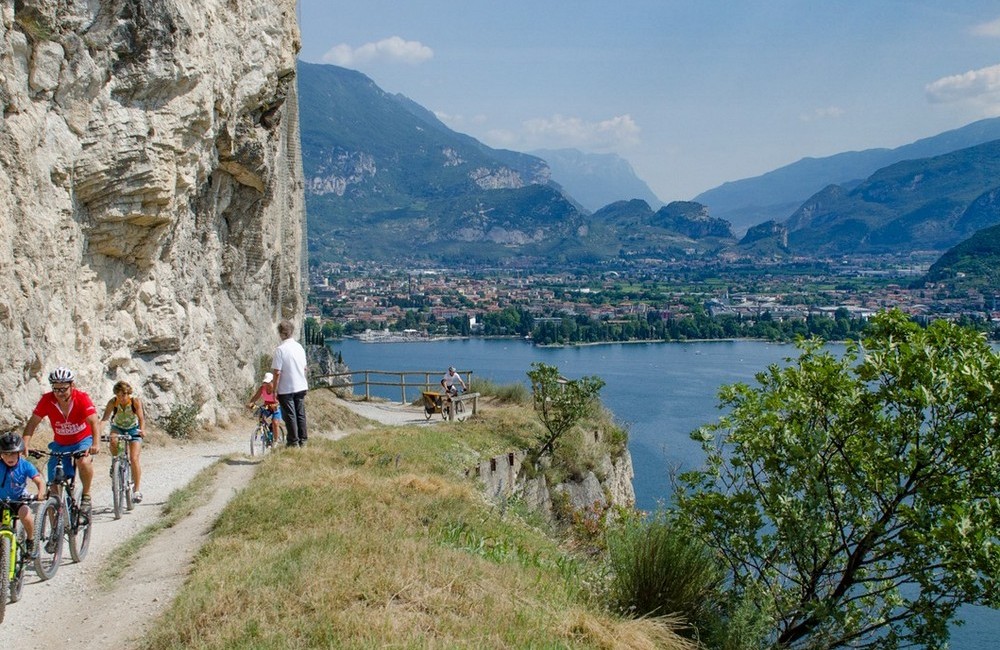 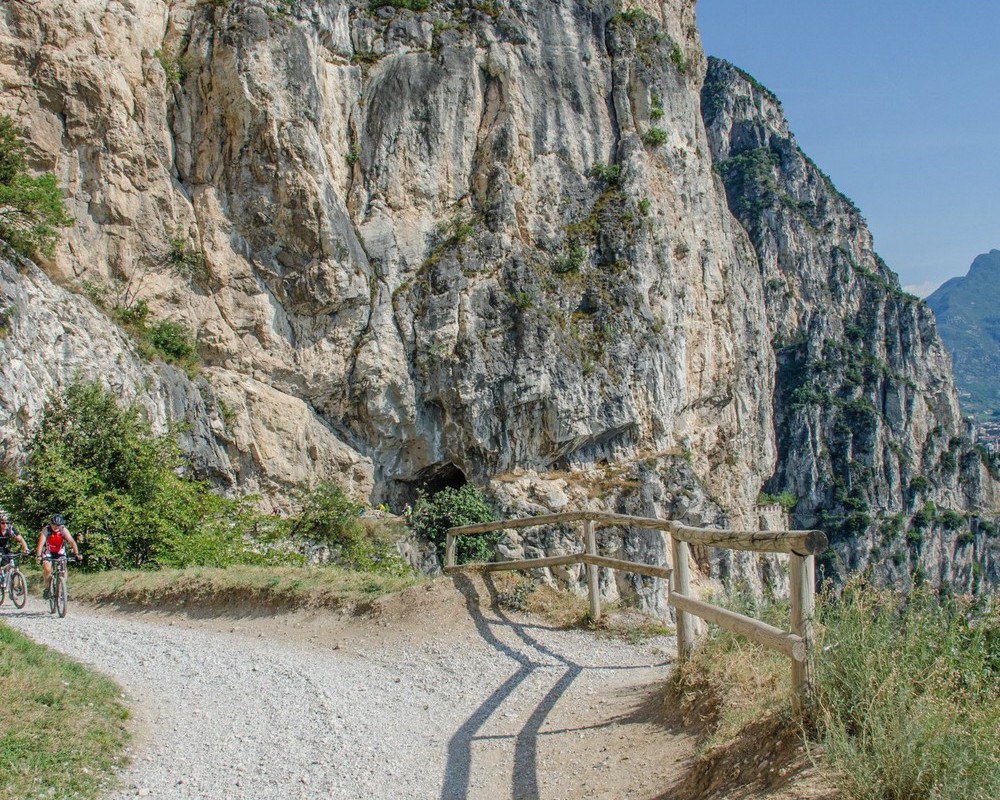 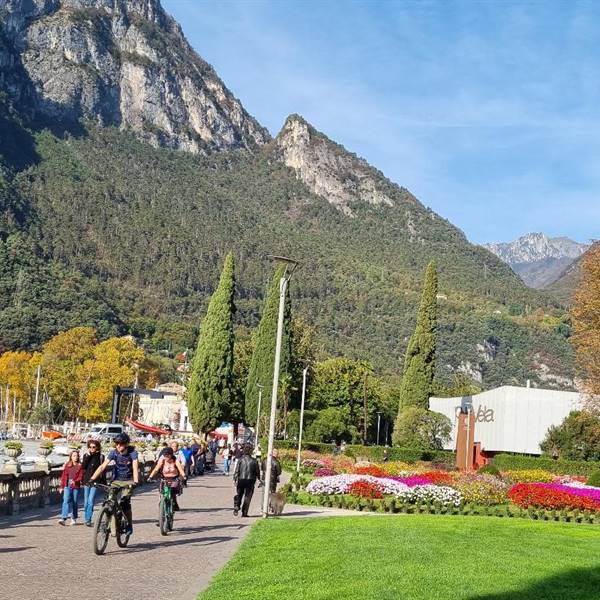 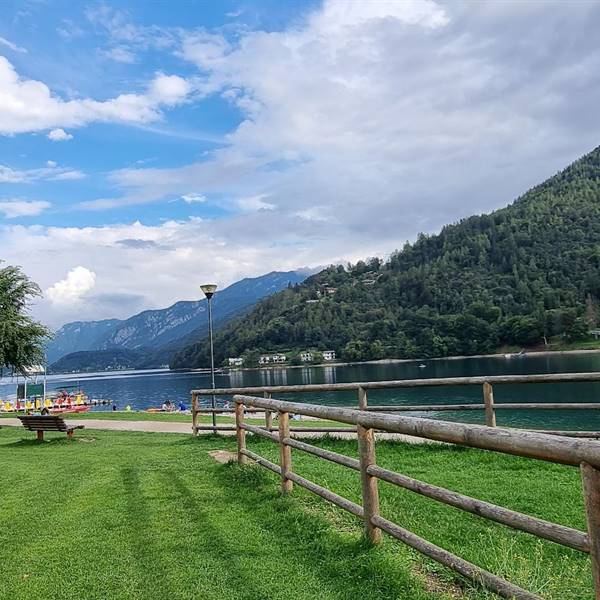 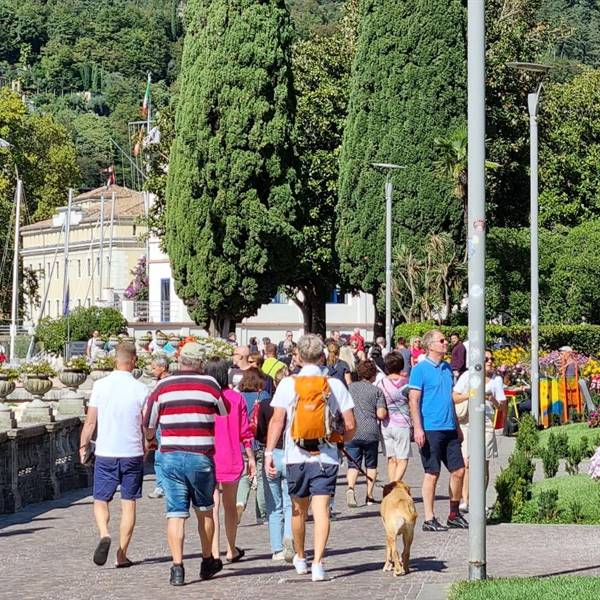 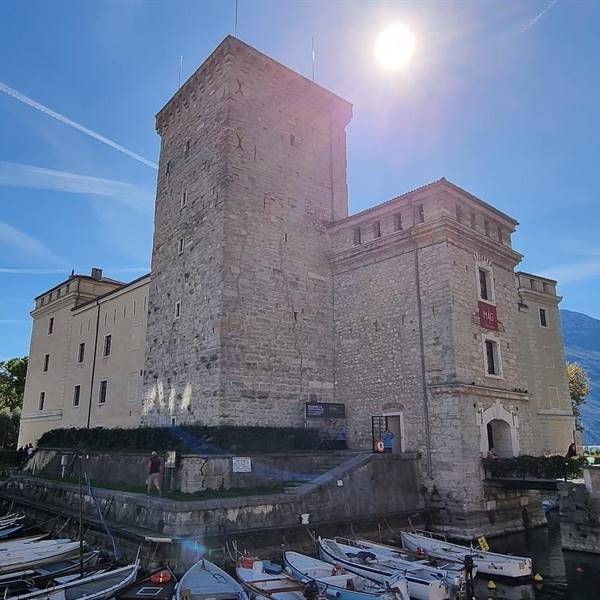 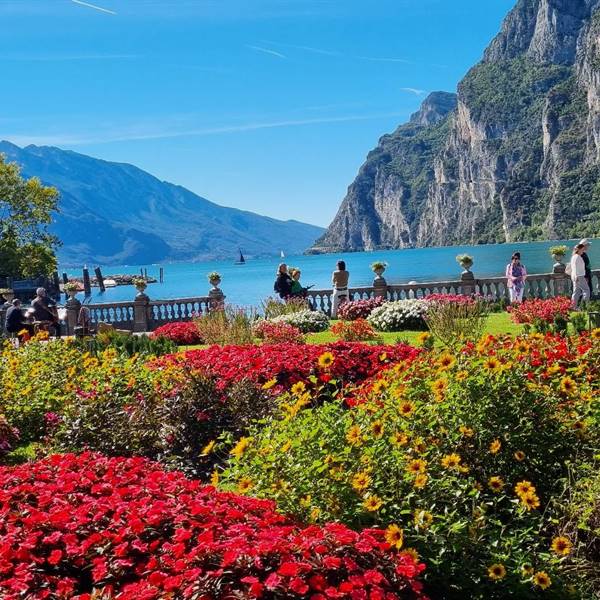 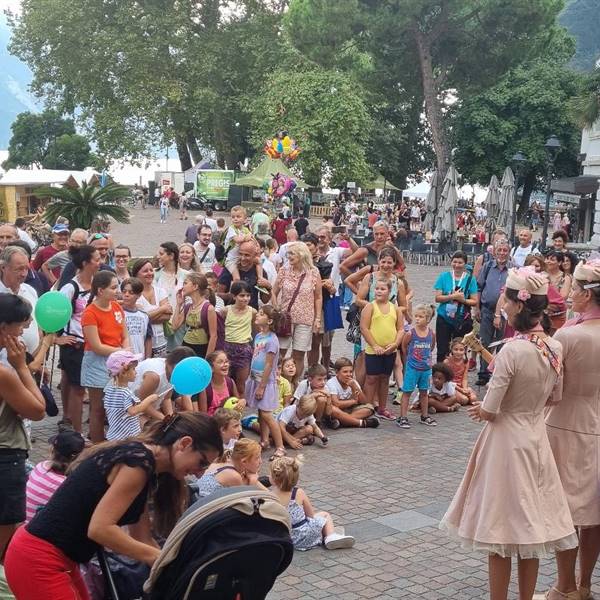 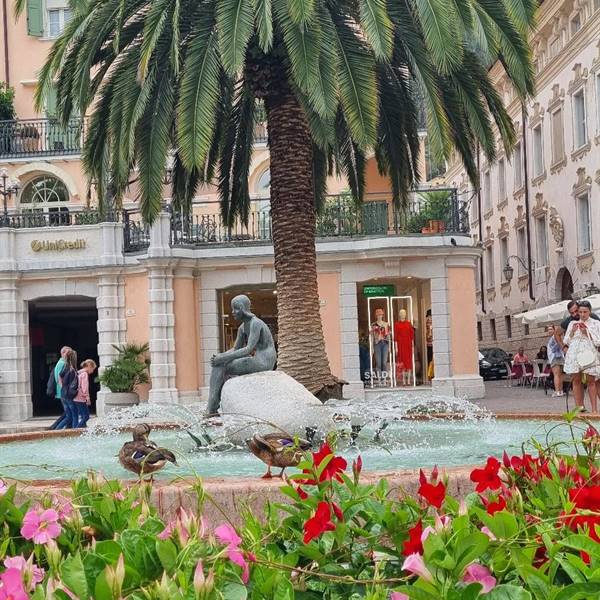 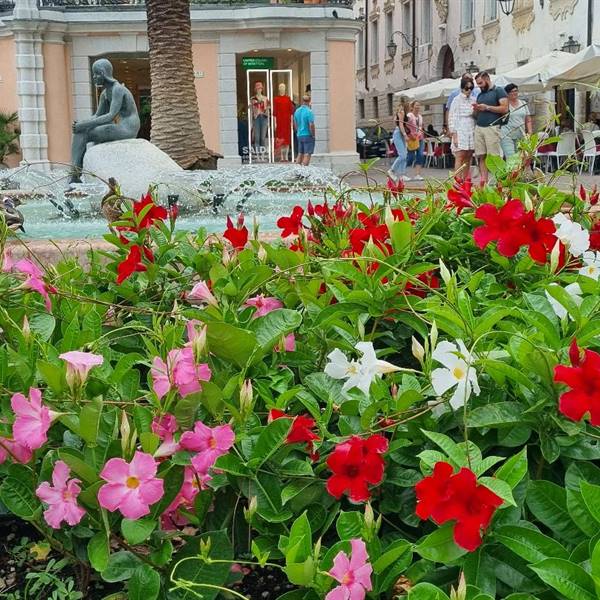 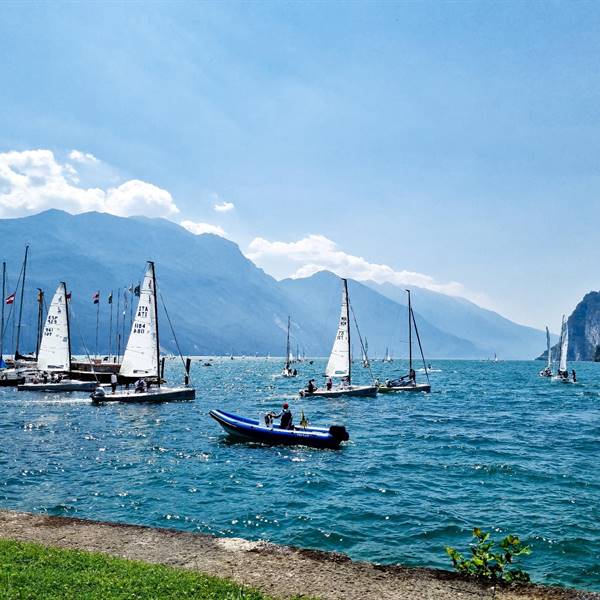 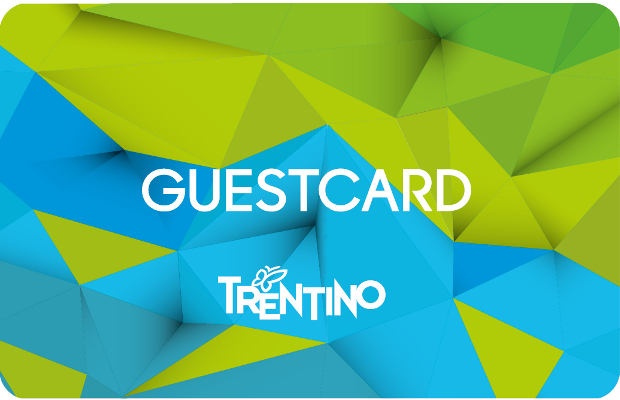 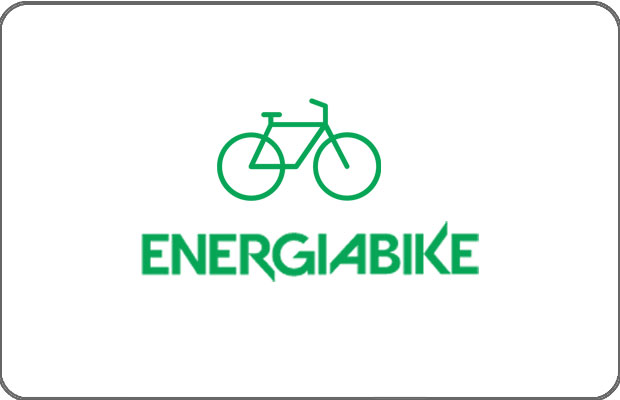 ARE YOU INTERESTED IN RECEIVING OUR OFFERS AND NEWS?

Thank you for signing up for our newsletter!